Home / Blog / The Power Within 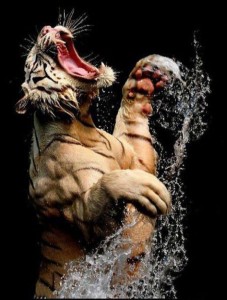 “What we believe becomes our reality, and we don’t live in reality, we live within our personal representation of reality.”

Belief is a feeling of certainty. There is no maybe, just certainty.

In order to change a belief, we must adjust our references that support that belief. Always remember, you get what you focus on. This is what distinguishes the difference between a champion and everyone else. A champion focuses on the references they have in relation to excellence, they think about the positive references that relate to their personal experiences. In other words, they think and focus on what they have ACCOMPLISHED, what others have accomplished, what others have said positively about them, etc., and most of all, they imagine success! They see it, feel it, hear it and taste it. That is what they focus on and that is what they become, successful! They make those images big, bright and bold in their mind’s eye constantly, and so it becomes. They push their thoughts and visions about their losses, failures and undesirable outcomes way back in the darkest file room, making them a small, unimportant learned test, that has expired in it’s value, no longer part of the future. When I look to find an athlete’s “sticking point”, I always find it is in some way related to what they believe to be true.

Is it always reality?…No, but it’s always their reality.

Did you know, that we have the most amazing built in homing device available, that there is only one other animal that has a goal seeking homing device that is as sophisticated and accurate as the one human beings posses? The homing pigeon is the only other being in the animal kingdom that even comes close. There is a part of our brain called the reticular cortex. This small finger size part of our brain is instrumental in filtering information, sort of a like a bouncer at a club that allows only certain clients to enter. This filtering system is known as the “Reticular Activating System”, a master sorting system that is truly invaluable to us. When you focus on something, your mind looks for every possible way to get it. So, always focus on what you want, not on what you don’t want!

Just because you aren’t competing, doesn’t mean you can’t BE a champion!